There’s a New Man in Town

It's been just over two weeks since CJ Affiliate made its biggest announcement since its last acquisition. May 26, 2015 officially marked the end of Kerri Pollard's tenure as president of CJ. It was a bittersweet moment as a 16-year industry veteran stepped down, paving the way for successor Waleed Al-Atraqchi to take the lead.

Though Kerri leaves big shoes to fill, there is a palpable excitement surrounding the esteemed reputation of our new president. Waleed, as he is referred to around the office, comes to CJ with a distinguished background in business, marketing, and technology, most recently as President and CEO of Affinova. There, he grew company revenue an average of 33 percent annually over the past nine years, and expanded global reach. Prior to joining Affinnova, Waleed served as the President of Imagitas, facilitating revenue growth from $50 million to $125 million in four years--clearly a well-sought candidate for CJ. 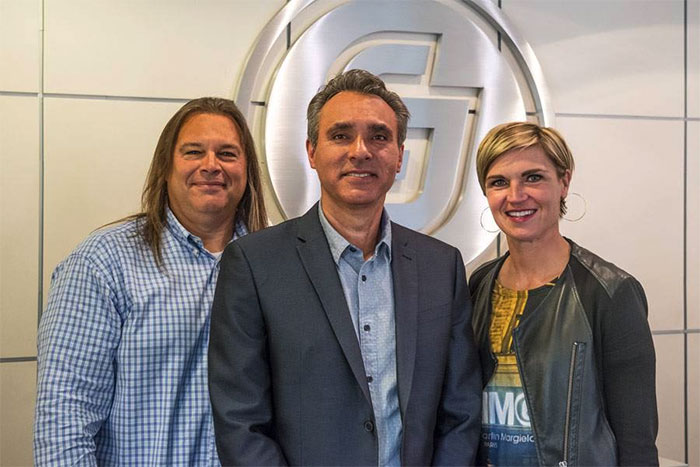 For me, the announcement coming on only my second day of work here at CJ, it was just one of many big changes I encountered. Waleed was yet another in a sea of new faces, and watching Kerri step down was reminiscent of leaving my job of nine years the week prior. As I looked around at the mix of emotions, it was obvious Kerri's impact on the growth of CJ Affiliate had been unmatched. I realized I had missed out on working with such an incredible force in the industry, yet there was a collective confidence that Kerri's decision to stay on as an advisor reflected her 100 percent genuine commitment to the company.

A paralleled feeling of excitement and renewed motivation coursed through the halls. Waleed's reputation preceded him, and if Kerri was certain of this move, then the people whom she led all these years were sure of it too. When my turn came to shake the hands of both the woman whom I already admired, and the man intending to take CJ to the next level, I knew right there in the crux of history and opportunity, we all were in good hands.