Have you ever stopped to think about how wild it is that we have creatures living inside our homes that enjoy our presence and attention? Pets are a joy worth celebrating! In honor of International Pet Day (April 11), we asked CJ'ers across our global offices to share their furry friends. The results were (unsurprisingly) overwhelming—people LOVE their pets!

This is part one of a multi-part series where we highlight the pets of CJ. Read on to learn more about these cuties—they're sure to brighten your day! 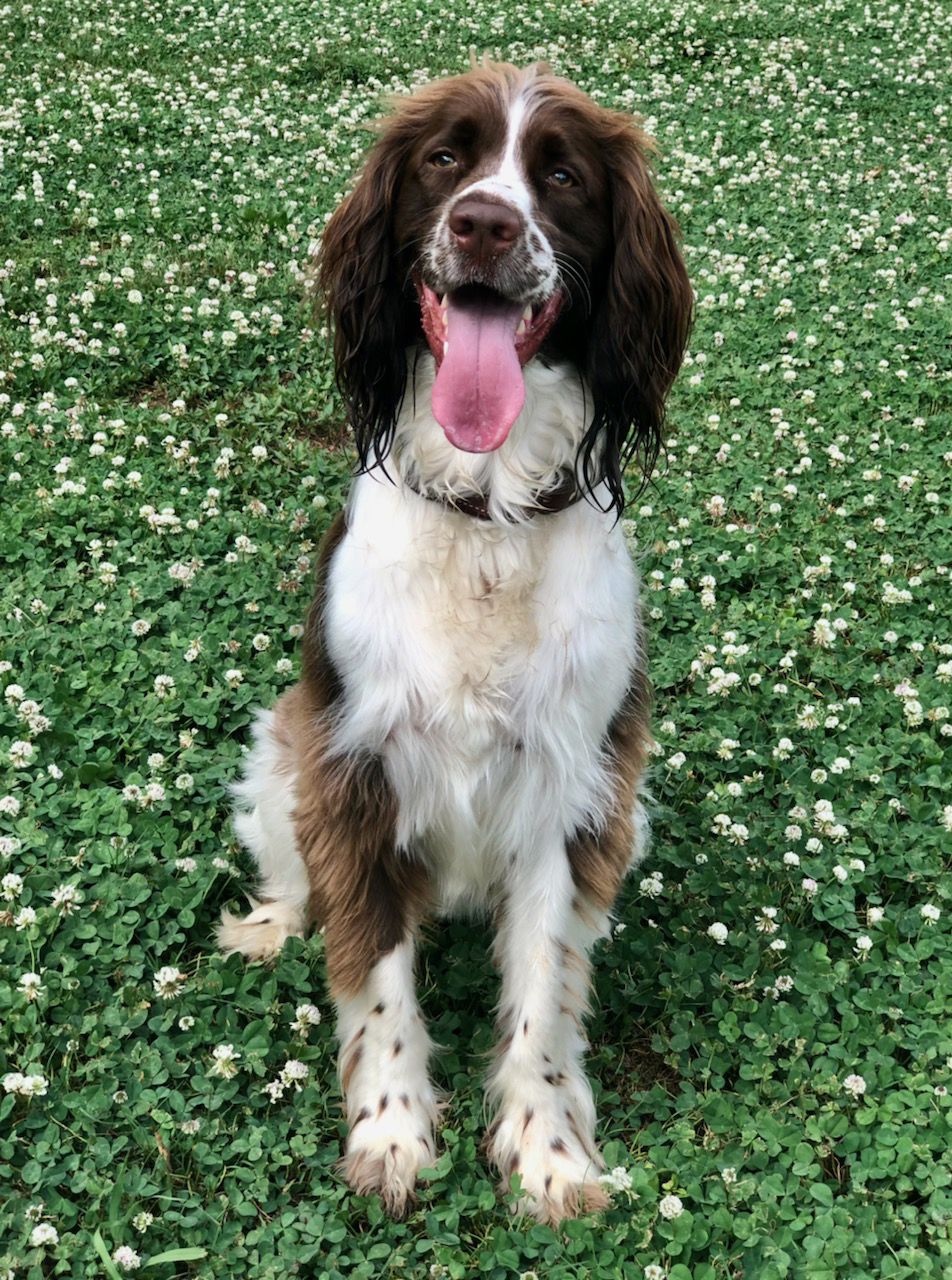 “Maggie is a 6-year-old English Springer Spaniel passionate about swimming in the lake and chasing squirrels. I got her when I was in college, so we've been through quite the phases of life together!

She's become very acquainted with work from home life and often makes her appearance in video calls. When I get excited on a call with our team or even a client, she also gets excited and makes sure she taps my shoulder to make herself known from behind. Needless to say, she's become quite the affiliate expert!" 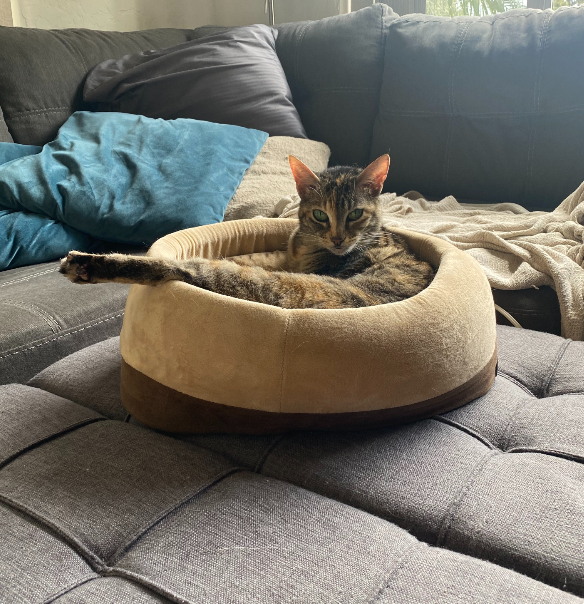 “I adopted Lily back in 2009 from a local animal shelter, and she is the sweetest, snuggliest, bossiest kitty I could have ever hoped for. She loves to chat! If you ask her a question—any question—she’ll respond to you. It's hilarious. She loves to chirp at birds, poke me in the face to wake me up in the morning (often far before my alarm goes off...), and never says no to the offer of treats. She's the queen of the household, and I wouldn't have it any other way.”

“Kuba is a 100 lb. barrel of love who would rather cuddle with or on humans than do literally anything else (except eat). He's a garbage disposal, barks at everything, and has a permanent smile because he's the happiest of happy boys.

Captain is a 100 lb. body builder whose main goal in life is to play with his brother. He can army crawl under beds, let himself out of his playpen, and only barks to instigate his brother's significantly louder barks. When he does slow down long enough to love on people, he’ll push his forehead up against ours and close his eyes to take in the scratchies people are obviously giving him. We'd rate both 10/10.” 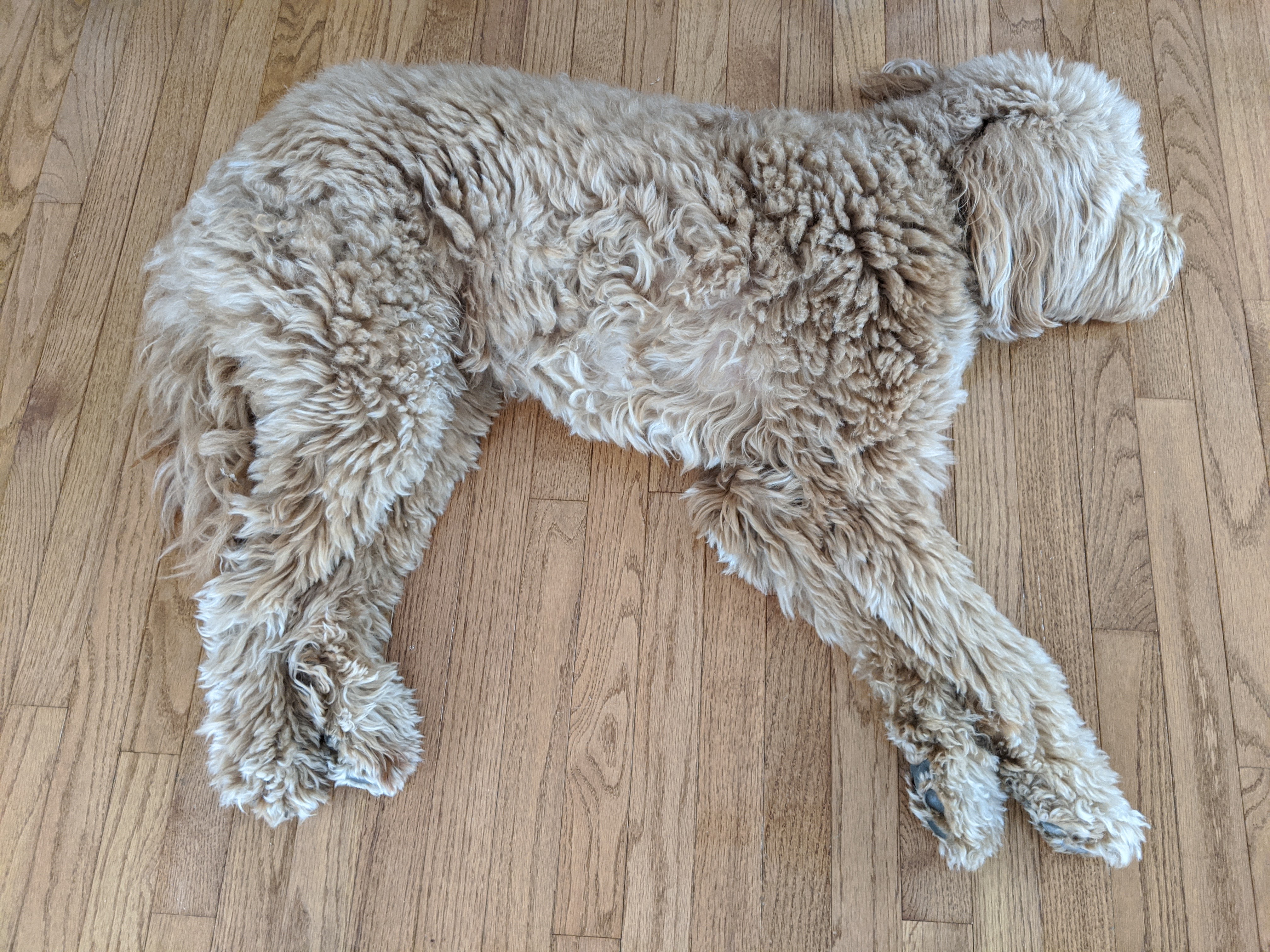 “Waffles is a 5-year-old Goldendoodle turned excellent work from home officemate. He spends much of his time rotating between napping spots through the house and alerts the entire house when we're receiving a delivery. No matter how recently he’s been groomed, he always looks like he could use a haircut. This photo is Waffles doing his best rug impression.” 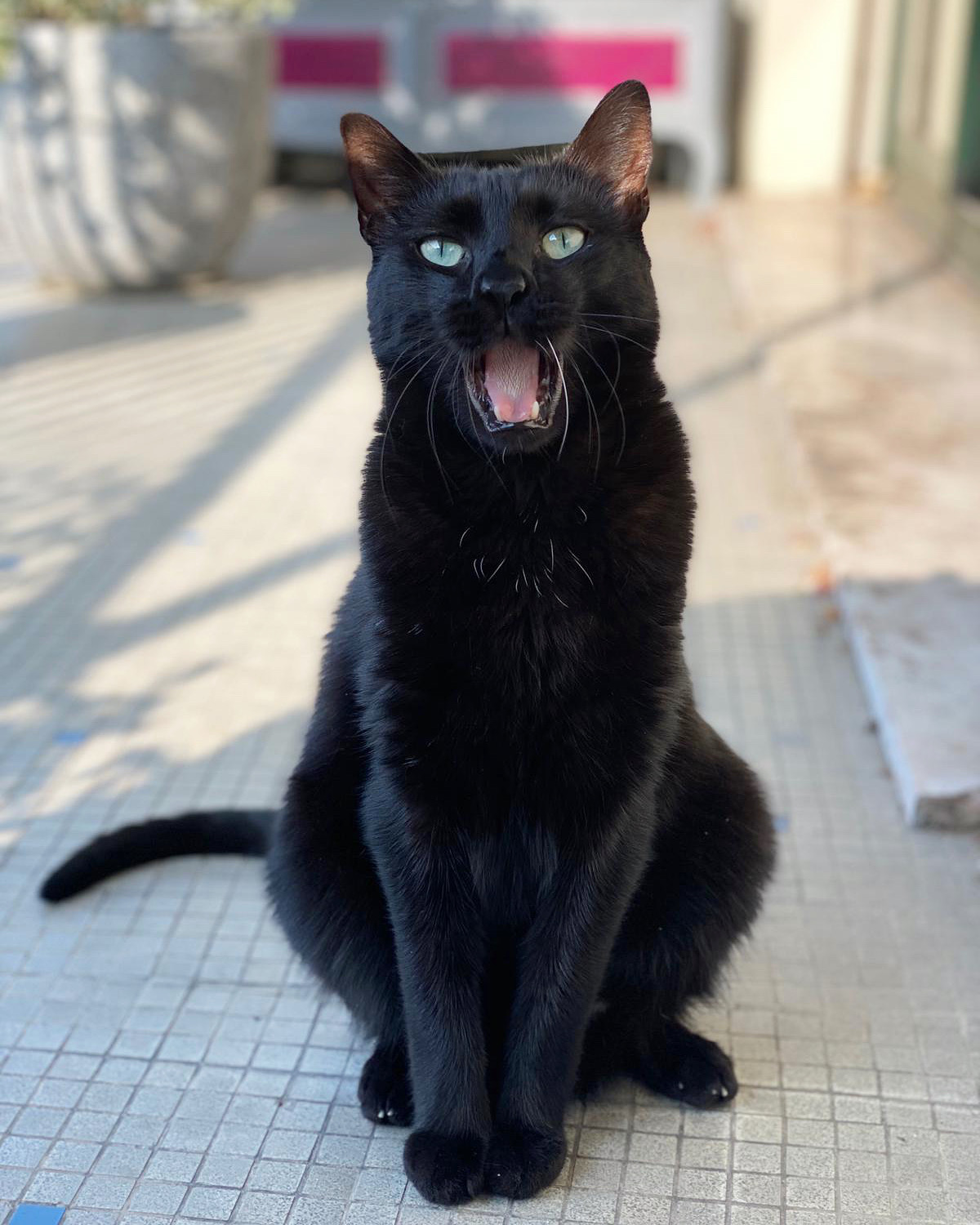 "Michel joined our family three years ago, at the time he was the first and only child. He came from the street—Michel’s biological mother had no home and lived in a nice lady’s garden. She had five babies in the middle of winter and we were looking for a new family member at the time. We were able to catch Michel with food because he was the most gluttonous of all (he still is).

His favorite activity is to play fetch with his little paper ball that he brings back essentially to his mama. He’s an attention seeker, whenever he wants to play or get cuddles, he’ll come around and meow very loudly (preferably during mama’s virtual meeting, it’s more fun).” 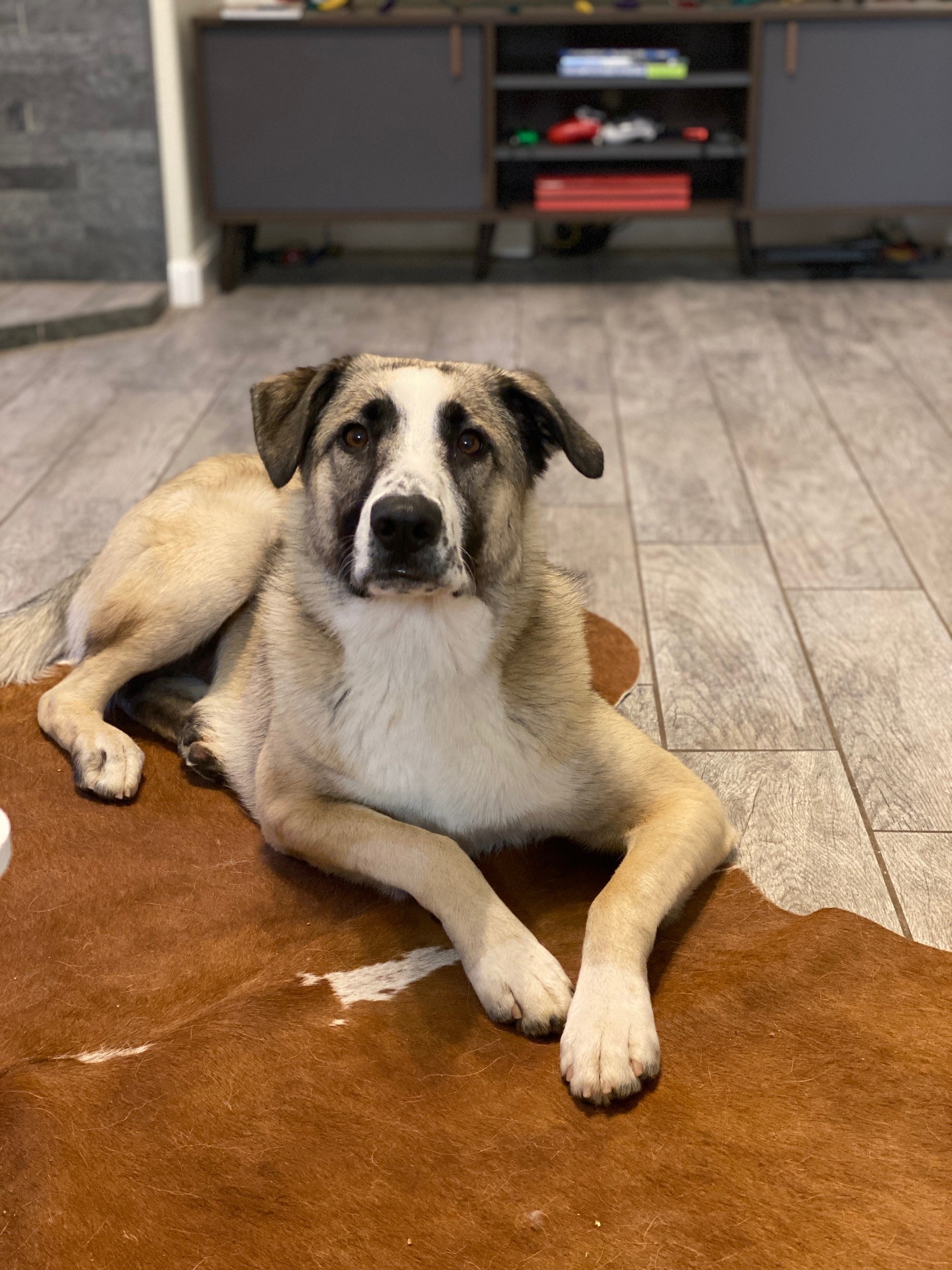 “We rescued Abu from a shelter that was doing an adoption event in February from the Bay Area right before the pandemic was announced, but he was actually born in my hometown. His name came from the monkey in Aladdin and we think it fits him perfectly. He loves to play even more than he loves food. He could play for hours and still has energy to burn—it’s hard for anyone to keep up. He's not a huge cuddler unless he’s exhausted and my partner hates that she can't cuddle with him at a moment’s notice. He's a bit timid at first, but once he knows you, he has no sense of personal space. Some of his favorite things are to chase water from the hose, frolic in tall grass, get dirty, and sleep in a superman pose on his back.” 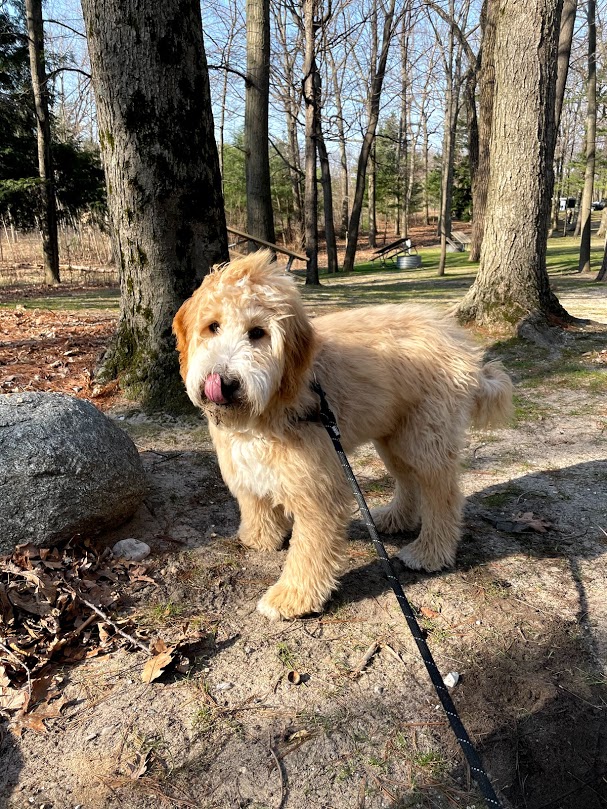 “Watson is six months old and his favorite activities include surfing through snow drifts, finding all the best sticks on our walks, stealing dirty socks, and sleeping in the bathtub. He's named after Dr. Joan Watson from the TV show, Elementary, because she’s my fictional idol, and we knew we were going to have a very smart and curious puppy! Watson has lots of opinions, especially when you eat food and don't share with him, or he feels like you haven't talked to him recently enough (you know, if it's been more than 30 seconds). He loves to run up and down stairs whenever he encounters them on a walk, he can hear you open a peanut butter jar from a mile away, and he’ll do almost anything for cheese! He also loves to snuggle when he's sleepy and he's been the best part of our life for the last four months.” 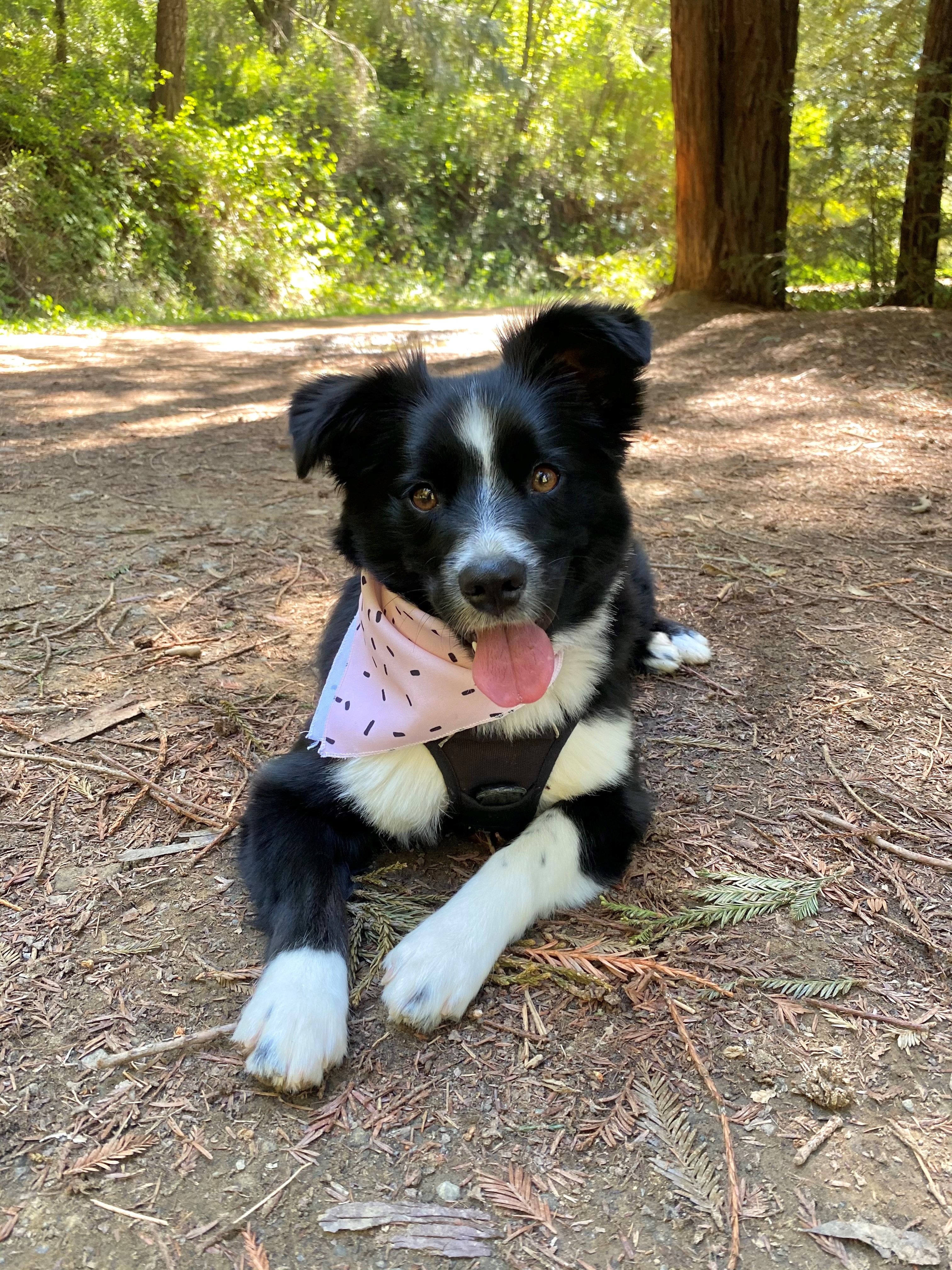 “Aria is a pandemic puppy and we brought her home last July. She’s a total cat-dog. Some days you’ll catch her sunbathing outside and other days she’ll dig holes endlessly throughout the yard. Her favorite trick (and easiest way to get treats) is to play shy, but don't be fooled...she’s far from reserved!”

“There’s not a lot going on in Macomb, Illinois (home of my alma mater, Western Illinois University). The weekly grocery-run to Walmart was pretty standard for me and my roommates, except for the day we pulled into the parking lot and spotted a “Puppy for Sale” sign hanging out the cab of a pickup truck. Needless to say, I left Walmart that day with zero groceries and an 8-week-old puppy. Almost 11 years later and I couldn’t imagine life without my sweet old man.” 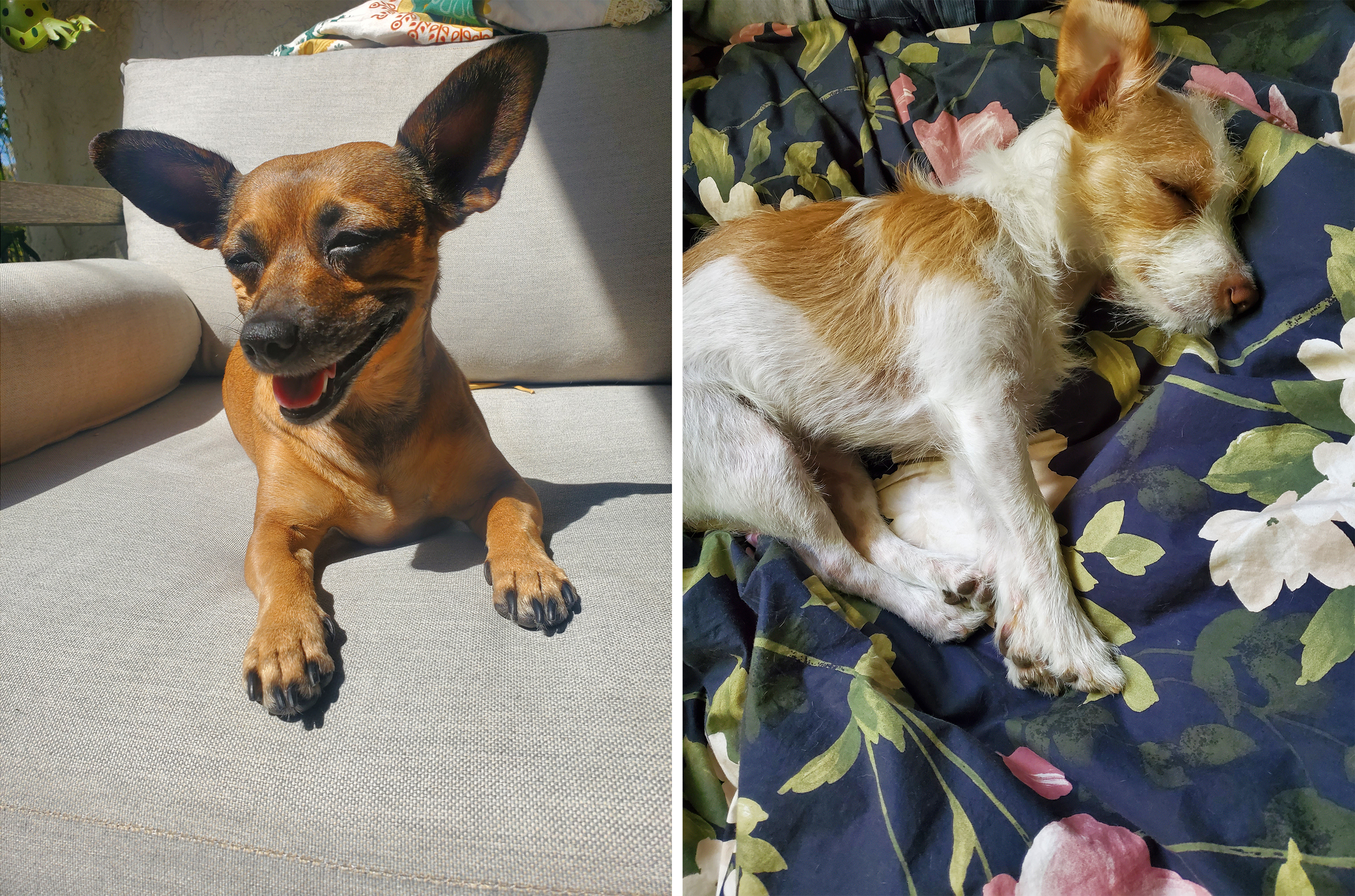 "Nutmeg was my wedding gift and we've had him since he was seven weeks old. He's a Chihuahua mix, but from the day we brought him home he's been convinced that he's a German Shepard. Nutmeg is more independent, but when it's bedtime he's the first to hop in and literally tuck himself in.

We rescued Kylo, our sweet wire-haired Jack Russell terrier mix, two years ago. The complete opposite of Nutmeg, Kylo needs to be by your side at all times. If he's not busy playing fetch he's giving kisses and if he could find a way to do both at the same time, he would!"